Beers and Cameras in San Diego 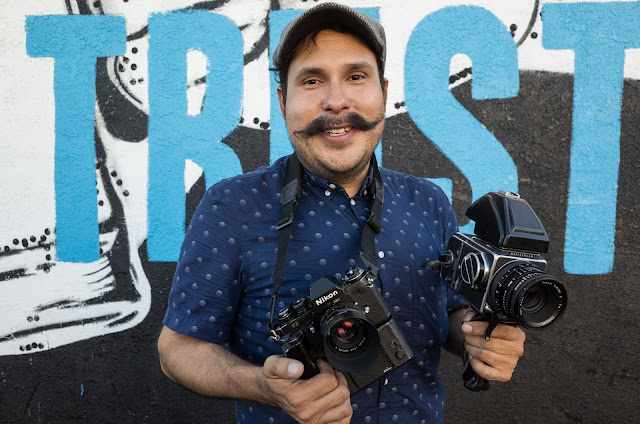 I don't know how it happens, but it does. I get to work with really cool brands, even though I don't think I qualify to associated with them in any way. In Vancouver I often get associated with Revolver Coffee, the coolest coffee shop in town (is that the proper term?), even though I don't drink coffee. I do like the atmosphere of coffee shops though, and Revolver has cool hats. Last year Juan from Beers and Cameras invited me to come down to San Diego to celebrate their 1 year anniversary meet-up, and I was totally honoured. The first concern was that I don't drink beer and wondered if that would be a problem. Juan assured me that beer drinking was an option, and that the main reason for the meet-up was to talk about photography and camera gear. That's my type of crowd. I flew down for the event in San Diego last November and I had a great time. I met many photographers of all backgrounds shooting various types of gear and genres of photography. It was refreshing to meet such a diverse crowd of photo enthusiasts. Again, it was about atmosphere, not beers.

B&H Video Affiliate Link. Use this link to help me to help you, thanks for the support!

Advertising links and donations help keep this website alive. Your support is very much appreciated!

Bigheadtaco
Vancouver, BC, Canada
I was born in Okinawa but grew up in Vancouver, Canada. Working for Kodak for 10 years, film was free so I took a long time before shooting digital. I was one of the last to make the switch. I love digital photography but I know what it can and can't do for me. For now, shooting digital is a convenient way to share images with others.